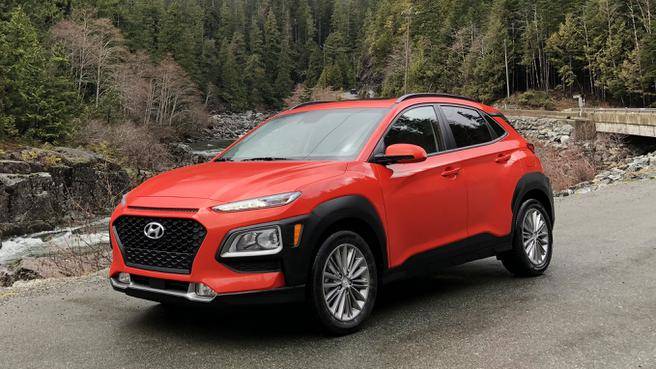 From The Chronicle Herald

SUVs are hot, replacing cars as the popular choice for Canadian consumers. The subcompact segment is leading that parade.

Into this fray, Hyundai launches the Kona — the fourth and smallest member of the company’s SUV line-up.

Aside from the marketing talk, Hyundai points out this striking newcomer is a hint of what the others will look like as they come in for a redesign.

Despite its diminutive size, the Kona comes across as a larger vehicle with pronounced fender flares emphasizing large — up to 18-inch — rolling stock, deeply sculpted sides and artful use of LED lighting. The new cascading grill will be seen on all vehicles from Hyundai going forward.

The interior is equally stylish, without being overdone. There is a strong character line running from door to door and round elements throughout, with nicely-sized and shaped buttons for major controls. Like many others, the AVN (audio, video, navigation) screen appears to float above the instrument panel — a larger version for upper tier trim levels with navigation.