2017 Hyundai Ioniq: Plug-in electric does what you’d expect from a normal car, which is a good thing

“Electric cars are taking over! Autonomous cars will rule the road! The end of oil is nigh!”

Sigh. If you’re like me, you’re tired of all the rhetoric of how the auto industry is on the cusp of major change, like, any day now. Hell, I spent enough time reading my dad’s old copies of Popular Mechanics from the 1960s and ’70s. If you believed those stories, then today we should all be soaring over roads in flying cars, gently setting down in our suburbia-heaven driveways after a long day of work, your wife greeting you at the door in a dress and pearls with a martini in hand.

We all know how that worked out. As for autonomous cars, they are at least 10 to 15 years from being viable on a mass scale – there’s no way they could even get out of the driveway in Canadian winters with current technology. And electric vehicles (EVs), while having come a long way in the last 20 years, still make up less than 1 per cent of all vehicles sold in North America. Gasoline-guzzling trucks and SUVs are by far the biggest sellers here. So, considering all the facts, you’ll excuse me if I’m more than a little skeptical on how soon this sea of change will come.

Ah, not so fast: I just had a chance to drive “the future,” and I admit I was impressed. And what impresses me the most about it has nothing to do with sci-fi wizardry or space-age design; no, what impresses me is that it’s almost completely, well, normal. 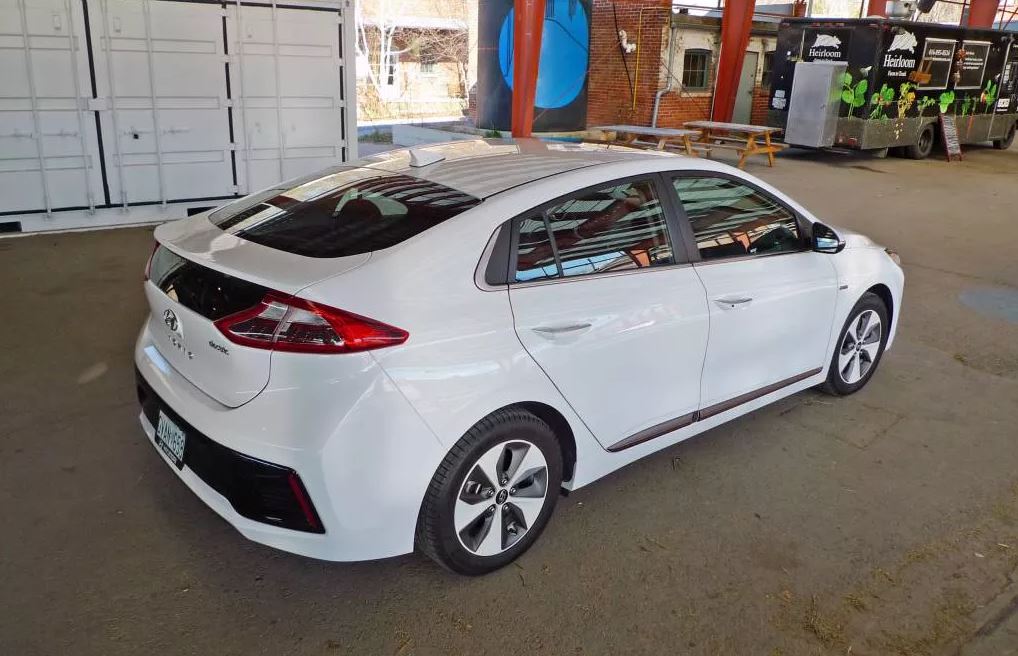 This is the new Hyundai Ioniq, a full-on, battery-powered electric vehicle. Only, you wouldn’t necessarily know it’s an EV if you saw it in someone’s driveway; the only giveaways being the word “electric” on the trunk lid (obvious) and the closed faux-grille at the front (not so obvious). No, this is not an overblown golf cart or futuristic science experiment; the Ioniq is a handsome car that fits in with the rest of Hyundai’s design language – not to mention any other car on the road. The front-wheel-drive hatchback has a wheelbase of 2,700 millimetres, about the size of the compact Elantra; LED lights fore and aft give this top-of-the-line Limited model a more upscale look, while the body-coloured wheels are a nice touch, too.

Inside, it’s more of that normal – no, don’t worry, that’s a good thing, especially as it continues the upscale feel. Nicely textured soft materials on the dash and doors, subtle bronze-coloured accents, simple, well laid-out controls, and a nifty TFT screen for the instrument cluster, which changes colours and details depending on the drive mode. In fact, this Ioniq Limited has an impressive list of features to coddle its passengers: adaptive cruise control, heated seats both front and rear, automatic climate control and a giant 8-inch infotainment screen, among many others.

Read the rest of the review at Driving.ca

Previous Post
Next Post
Milton HyudaiHyundai Ioniq2017 Hyundai Ioniq: Plug-in electric does what you’d expect from a normal car, which is a good thing