Compact four-wheel drives are everywhere at the moment, and Hyundai isn’t willing to be left out. Enter the new Kona, aimed at winning over urban adventurers with a unique new face, raised ride height and plenty of technology. 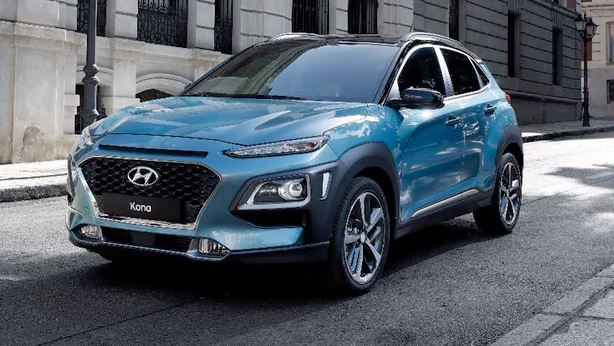 Power will come from a choice of gasoline or diesel engines depending on where in the world you live. The range will kick off with a 110-kW (147-hp) four-cylinder engine good for a top speed of 194 km/h (121 mph) and a 100 km/h (62 mph) sprint of 10 seconds. It’s hooked up to a six-speed automatic gearbox, unlike the seven-speed dual clutch that comes standard with the turbocharged 130 kW (176 hp) engine sitting above it in the range.

A three-cylinder turbocharged gasoline engine mated to a six-speed manual gearbox will be offered in Europe, but its 12-second sprint to 100 km/h and stick shift mean it won’t make it to the US. A compact four-cylinder diesel will also be offered in Europe, but given diesel cars have never really gained favor with North American buyers and there are a number of brands being sued for their diesel cheating, it’s unlikely to make it stateside.

The Kona will go on sale in Korea this month, before hitting the US and Canada shortly afterwards.