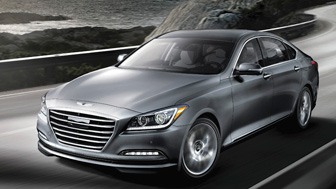 By constantly evolving testing procedures to reflect changing vehicle technology and customer demands, the Insurance Institute for Highway Safety (IIHS) ensures maximum relevance to the shoppers who rely on their testing data to make smarter, safer new car choices. For 2016, the privately-funded industry safety watchdog has added strenuous new criteria to their already rigorous testing protocols, making it more challenging than ever for tested models to earn their highest safety rating of Top Safety Pick+.

This year, earning the IIHS’ most coveted rating and being counted amongst an elite group of the safest vehicles on the road requires tested models to earn top marks in all crash-test exercises, including the very challenging small frontal offset test, which involves striking a fixed, narrow barrier at a high speed, where only a small portion of the vehicle’s frontal profile is engaged. Also required is a rating of Advanced or Superior, in regards to frontal crash prevention technologies, like Forward Collision Alert, with Autonomous Emergency Braking (AEB), for instance.

Hyundai has risen to the task, with both the Tucson compact crossover and full-sized Genesis sedan having recently been called 2016 IIHS Top Safety Pick+ models in a recent round of testing. Both of these models achieved top scores across all impact tests, and forward collision alert systems, to earn the rating.

“Safety is a top priority at Hyundai, so we are pleased to see two of our vehicles on this prestigious list,” said Mike O’Brien, vice president, Corporate and Product Planning, at Hyundai. “Hyundai’s emphasis on safety continues to shine through with the advanced safety technologies across our vehicle lineup, including autonomous emergency braking (AEB), lane departure warning with lane keep assist as well as emergency brake assist.” 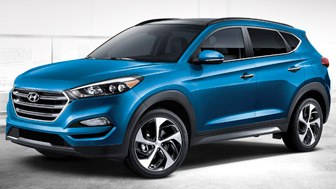 IIHS president Adrian Lund adds, “The Genesis is equipped with Electronic Stability Control (ESC), nine airbags and energy-absorbing front airbags, while the Tucson has AEB, helping these vehicles earn our top rating. Both earned a required good rating in the small overlap front crash evaluation and a superior- or advanced-rated front crash prevention system with automatic braking capabilities, a key criteria to qualify for a Top Safety Pick+ award.”

Notably, with structural performance playing a role in earning a top IIHS rating, Hyundai is well positioned. The Korean automaker is the only automaker who owns its own steel manufacturing facilities, allowing for cost savings when producing the relatively expensive Advanced High Strength Steel (AHSS) they use to construct large portions of their vehicle bodies. Using AHSS, engineers can create car bodies that are precisely crash optimized, stronger, lighter, and incredibly more rigid than is possible by using conventional steel alone. Though many automakers use some amount of AHSS in modern cars, Hyundai’s cost-effective in-house manufacturing of the material translates into lower costs, more AHSS roll-out, and safer, more affordable cars than ever.

Visit with us for a closer look at some of the safest vehicles on the road. The 2016 Tucson and Genesis models are available for test drives now.